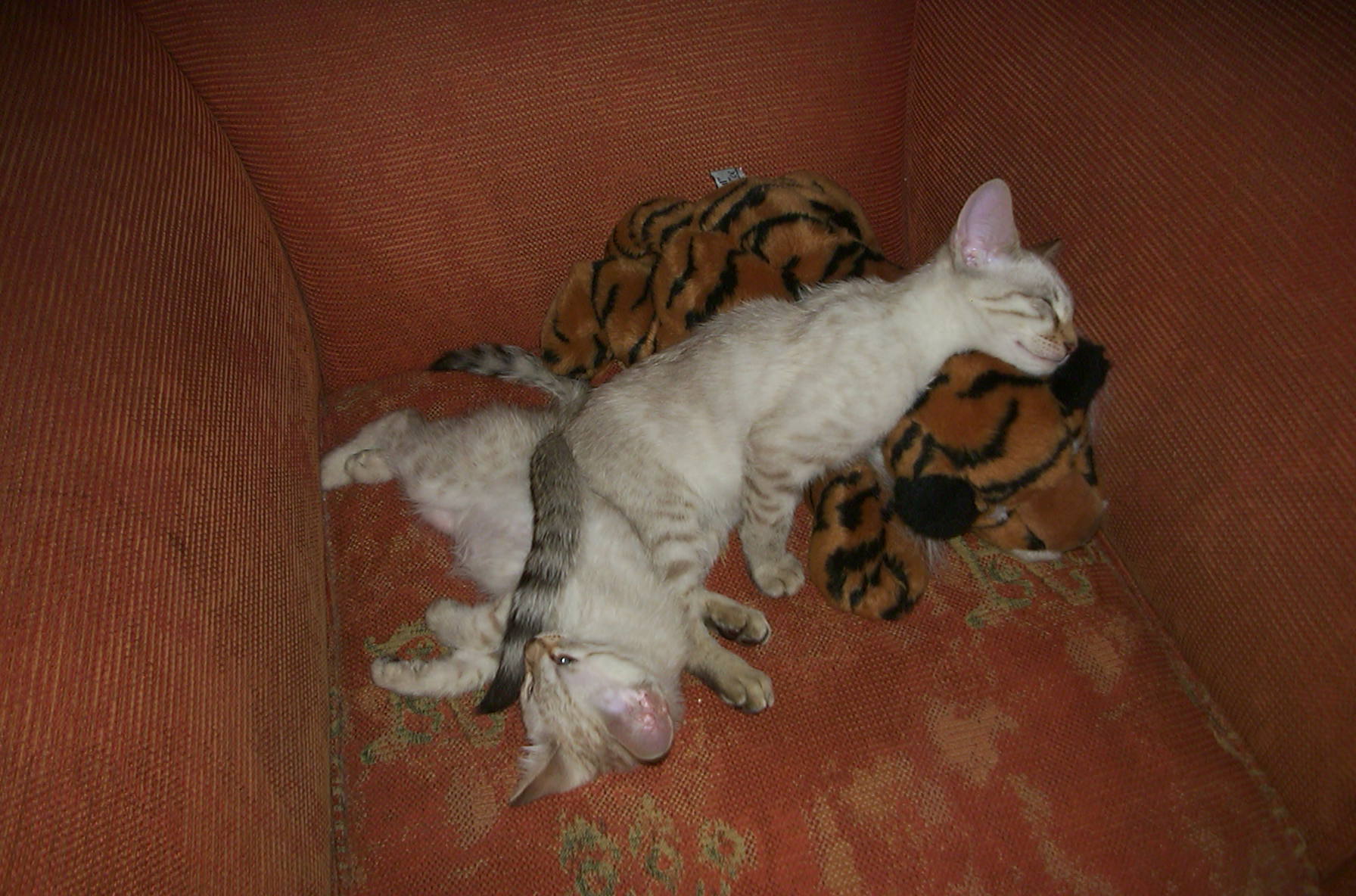 I tawt I taw a puddy Tat

We have just seen a large orange cat calmly make its way out of the woods behind the house and saunter over to the front garden where it spent some time in the heather contemplating its next move before heading off through the fence towards the river. In the direction it came from there is basically nothing but wild open countryside (Benn Donich and its foothills) until you come to the Rest and be Thankful six miles away.

It is also not the first ‘foreign’ cat we have seen in the garden. A few weeks ago I put the remnants of a sandwich out at night to see if any of the resident wildlife liked tuna. The answer to this was that they (badgers at least) didn’t – but a long haired black cat with two white socks definitely did and consumed it with relish.

So my question is – where are they coming from? Presumably it must be the village – although I have never seen any cat there apart from a pale brown one right down on the lochside one morning. I have mixed feelings about their presence – Tora ‘likes’ other cats in that he likes fighting with them, and I think this is something he has missed since we left Livingston. Doubtless having a couple of friends to tussle with will joy his heart but I had not missed the battle injuries and occasional visits to the vet one little bit.

I wasn’t quick enough to get a picture of the intruder – so the picture is of T and S when they were kittens with their toy tiger.