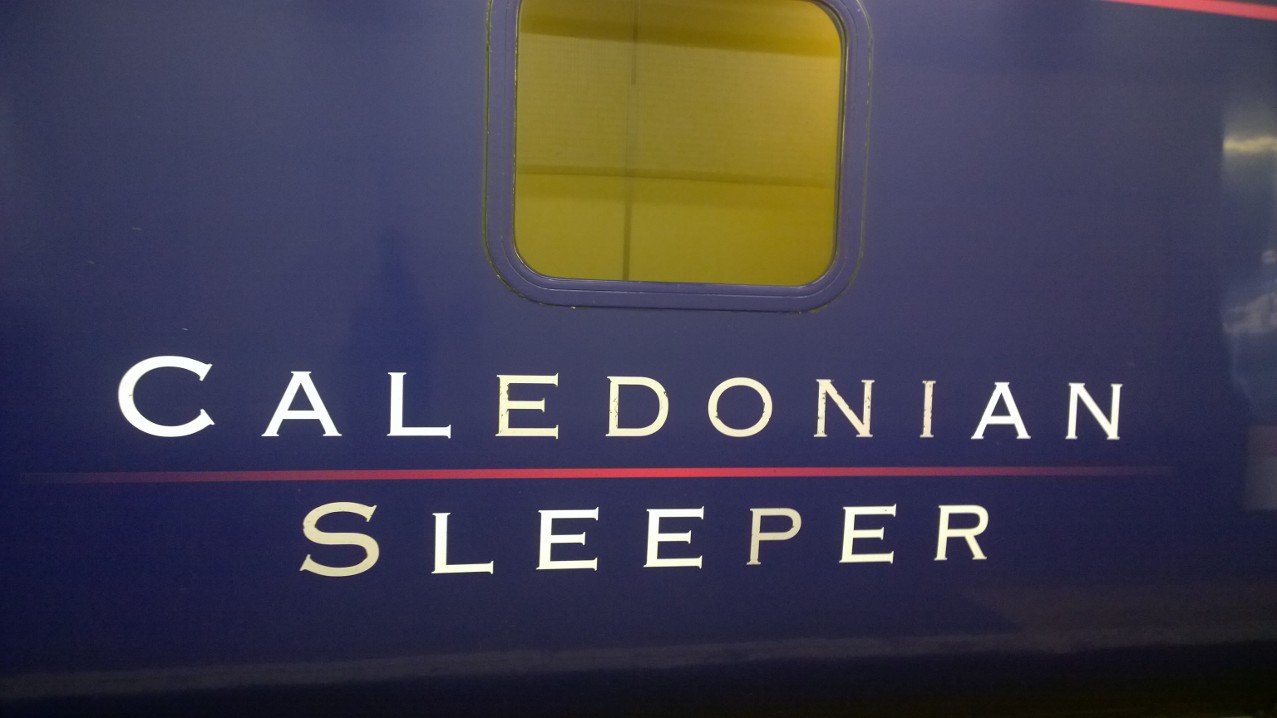 We’ve just been off to London for a day to attend a conference. Rather than get up at 4am to catch the ‘red-eye’ flight – we decided to catch the sleeper train from Arrochar.

It took us 20 minutes to get to the station in time to catch the 22:45 ‘Caledonia Sleeper’ to Euston. By 11:15 we were tucked up in our rather cosy little cabin (let’s just say I am glad that neither of us are particularly large or overweight!) as the train trundled away southwards. I won’t say I had an entirely undisturbed night’s sleep because the motion of the train takes a bit of getting used to and there was a bit of background noise (well specifically the lady with the penetrating voice who got on at Preston and couldn’t work out how to open the cabin door), but all in all it was not too bad and I must have got about six hours in total. We got in to London moderately refreshed for 7:30, and had time for a nice breakfast (Le Pain Quotidian – highly recommended) before the conference.

So all in all it was a bit more expensive than a cheap flight, even when booked in advance, but not when you take into account the night you don’t have to pay for a hotel. It gets you in to central London before the first flight of the day and in a more rested state than you would be after flying. It is better for the environment too.

I suppose the main thing in its favour for me I must admit, is that I detest flying. Not so much that I don’t like being up in the air, but that the whole pointless security performance at airports these days both irritates me and makes me very nervous and stressed. So the sleeper train gets four and a half stars from me.