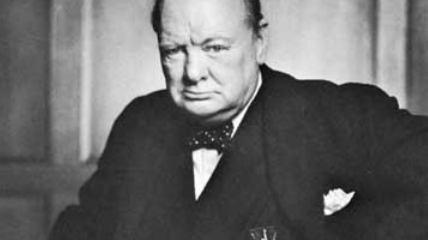 I can’t believe the idiocy this country has descended to. History is history, it is what it is and can’t be changed. Many of the greatest and most revered figures in history, including Julius Caesar, Marcus Aurelius, George Washington and Thomas Jefferson were associated with slavery. This includes almost every historical figure in Western Civilisation before the 1700s Specifically it was the British Empire who ended the slave trade and for many years policed the sea against it.

Winston Churchill protected this country against the greatest threat it ever faced – a thousand, if not a million times worse that their stupid virus, and allowing a load of kids who probably have never understood the threat the Nazis presented to the free world to deface his statue is literally a crime against society which should be actively prosecuted by the police rather than them spending their time persecuting disabled pensioners in Argyll.

Also, for what it is worth you can’t in my opinion start pulling down statues of people like Baden-Powell, who although they doubtless did not have the views of people today, nonetheless, in the framework of their times did a great deal of good. The Scout movement has helped millions of people – it is active here in Lochgoilhead and many many children benefit from it every year.

The people who loot and damage historical monuments are criminals, and the people in the government who permit it to take place with no punishment, or in fact condone it, are either criminals themselves, or more likely, self-serving idiots. None of the lunatic kids that are now allowed to riot in our cities will ever do a thing for our country as great as Churchill did.